It’s important to be smart but act stupid. That doesn’t make any sense, does it? By the end of this blog, you should have a clear understanding why it’s important to be the smartest person in the room but have everyone write you off as an idiot.

In graduate school, my lab mate overheard a conversation I was having with a professor about the graduate school curriculum that I was told to figure out. Once I thoroughly read through the  graduate school manual, one of my committee members thought I found a “loophole” but it was just oversight because it wasn’t a common path students took.  My lab mate turns to me and says, “Eddie, you’re really smart and played that off well”. I was really confused and caught off-guard. I asked her to explain. She said, you pretend like you have no idea what you’re doing, but you’re so calculated that the person in front of you has no idea that you’re only testing them to see if they’ll say what you already know about a particular topic. I was taken back. How did she see this? I thought my cover was blown and questioned whether everyone else was able to see this. 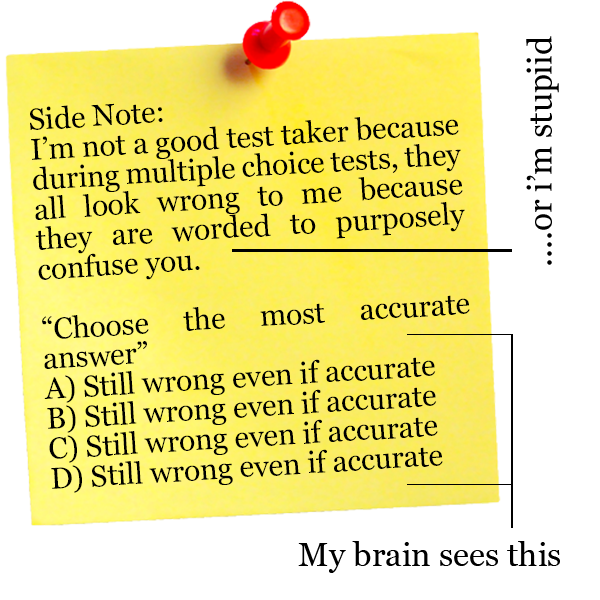 Early on in graduate school, my professor was a relatively new professor and the best advice he gave me was to “figure it out” and ask around whenever I had a question. I was told to follow what the other students are doing by other professors. This included taking graduate level Biochem. I had a difficult time passing Bio101, they couldn’t be serious. I read the curriculum and surprisingly, it wasn’t a requirement. Looking back, I should have taken it for sure to develop my less than adequate chemistry skills but I needed to graduate so I ended up taking more research credits in place of those courses. This played to my advantage because I didn’t do well on tests but excelled at research. That’s when it clicked for me. I thought to myself, nobody actually has a clue what’s going on in the world. We’re all sheep and we all follow what the other is doing. To set myself apart, I began reading EVERYTHING and outworking everyone but never letting it be known to those around me.

Become a Lover of Learning (Philomath):

There is no right way to do anything. There’s always a better way but that’s why things need to be done over and over for 10,000 hours to become mastered. The best skill to develop is to become a lover of learning, a Philomath. Acquiring information, perspectives, and formulating your own thoughts is extremely gratifying and rewarding. Most importantly, it allows you to size people up and FAST.

I recommend spending as much time as humanly possible to read everything about any subject. The goal is to become a subject matter expert as quickly as possible with ALL the information available. The task is then to organize the material and question it to develop an opinion. Test your opinion by trying it out or questioning subject matter experts. They key is to realize you don’t know what you don’t know. We are all stupid and there is always so much more to know.

Can They be Trusted?:

People want to feel important, intelligent, wanted, and accepted according to Maslow’s hierarchy of needs. This means many people will do whatever it takes to feel important. They’ll lie, cheat, steal, etc. In life, it’s important to be able to see through these people and fast. It may cost you a lot of money or potentially even your life if you trust the wrong people.

Acting stupid is really easy and often done unintentionally. Imagine doing it intentionally and using it to your advantage to strategize. For example, imagine you’re about to sign a contract for a specific region that can easily make or break your company and you have several offers on the table. How do you decide who to choose? Each company has impeccable salesmanship and all say the same things. If they all offer the same thing, does it matter? YES! You need to find the right partner.

Act stupid and talk to multiple people from the same company. Ask them all the same questions several times and in many different ways so they don’t sound the same. Some people may pick up on this but may write you off as an idiot who doesn’t remember anything. This is the data acquisition I was referring to earlier. If they all say the same thing, you need to do your research and ask the competition to sandbag them. The competitor will happily get you this information but you need to validate it by asking the company about what you were told. They will be caught off-guard but do not allow them time to think or get back to you. Pressure them about the information. The worst thing you can do is allow people time to think because a story can be corroborated with enough time.

If you made the wrong decision; you should find comfort in realizing almost every decision is reversible. Put your pride aside and realize you made a mistake and learn from it quickly. It’s likely you won’t be forgetting it anytime soon so spend time alone trying to analyze what went wrong.

Failure is fine as long as you learn from it. Mistakes are made daily and it’s to be expected. I learned from them as quickly as possible and move forward. This is progress in its purest form. You know what they say if you make the same mistake twice, “fool me once, shame on you…”. You will never know everything but you can be smart and act stupid as long as you read, study, strategize, test, rinse, and repeat; things will tend to go in your favor By Any Means Necessary.